Who’s got 2 thumbs and is surprised and tickled to see this plan work for women worldwide? This girl. 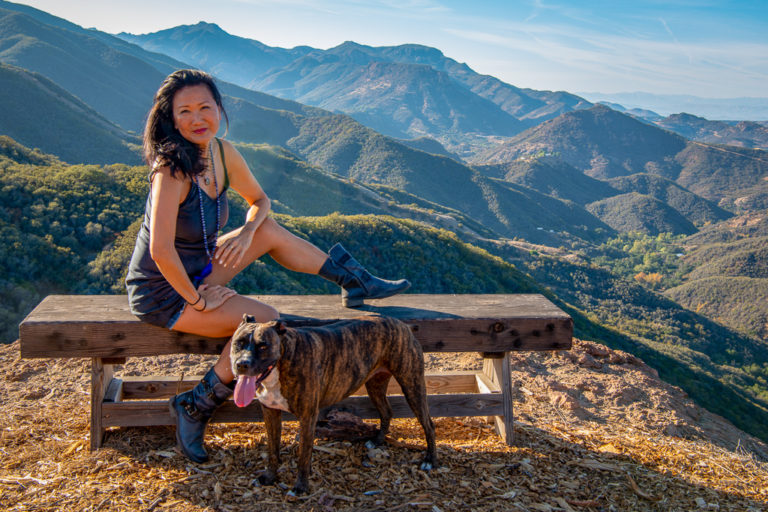 Cindy Lu is the author/creator The Four Man Plan. Since it’s original release in 2007, Cindy Lu has been the personal Love Coach to hundreds women (and a handful of men) both privately and in group settings.

An actress/performer for over 20 years,The Four Man Plan began as a one-woman show, written, produced and performed by Cindy Lu.

It was the audience’s insistence of having it book form that started the international dating EVOLution that is The Four Man Plan.

Cindy Lu was a private protege of Master Hua Ching Ni, a 37th generation Taoist Master and helped to edit five of his books including, The Power of the Feminine.
Cindy is also an intuitive and Internationally Certified Aromatherapist. She one of the founders of Malibu Essential Oils, a wellness company that focuses on natural well-being.

Cindy Lu divides her time between the mountains near Malibu, CA and a small Isla near Cancun, Mexico.

Get a dose of dating humor in your inbox.